The Taupō region is a mesmerizing holiday destination for dozens of reasons, with its numerous (and powerful) waterways, geothermal features, rocky outcrops and forests adding plenty of interesting natural features.

One of these awesome scenic spots is the Aratiatia Dam and the Aratiatia Rapids! Surrounded by high rocky bluffs and native bush, this section of the Waikato River is steeped in history and natural beauty, and is one of the most popular natural attractions in the North Island.

Early history of the Aratiatia Rapids 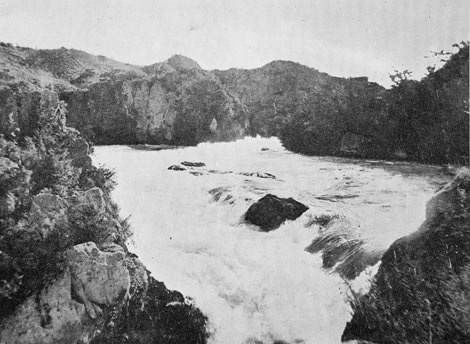 One of the earliest available photos of the Aratiatia Rapids. Credit: https://nzhistory.govt.nz/media/photo/aratiatia-rapids (Ministry for Culture and Heritage), updated 13-Jan-2016

The name itself – ‘Aratiatia’ – references a zig-zag line of stakes that helped travellers to ascend a steep climb safely, combined with the name of the early Māori explorer, Tia.
Part of the Te Arawa tribe, Tia was a high priest who was said to have passed through the gorge en route to discovering Lake Taupō. Passing through the gorge would have been no mean feat. With the Waikato River naturally falling 28 metres in the space of 1km, the gorge would have been full of pumping, turbulent water that surged through at around 80,000L per second during Tia’s journey. An awesome (and possibly frightening!) sight to be sure.

Harnessing the energy of the rapids: The Aratiatia Power Station 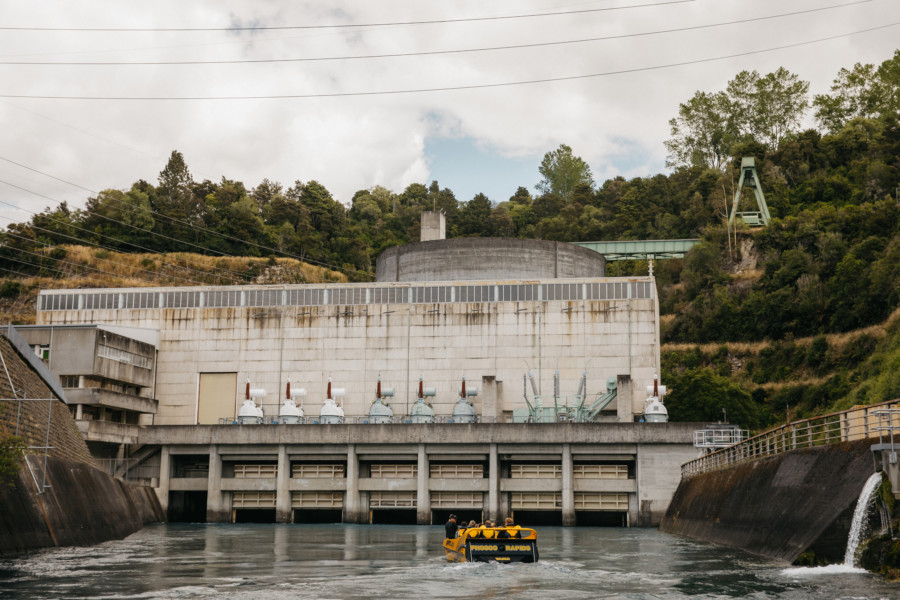 A segment of the Power Station, seen from the best seat around (in one of the Rapids Jet boats!)

In 1964, the powerful energy of the gorge was harnessed for a hydro-electric dam – a environmentally-sustainable way to create a source of power (enough for around 90,000 homes!).

The dam generates electricity by diverting the river’s headwaters through a tunnel to the power station. Construction of the dam meant that no water flowed over the rapids, but 3-4 times per day the dam releases 80,000L of water that returns the Aratiatia rapids to its normal state. Turbulent, raging and tumultuous, witnessing the dam’s water release truly is a sight to behold. Around half an hour later, the raging water recedes to a gentle, much calmer stream; making for a truly awesome contrast.

See the Aratiatia Dam opening and Aratiatia Rapids for yourself

There’s a hiking trail linking the Huka Falls to the Aratiatia Rapids’walkway, which takes around two-hours one way, and passes through the reserve along the shores of Lake Aratiatia at the very top of the rapids.

Only a five minute drive from Rapids Jet is the dam’s bridge, another awesome vantage point to watch the magic happen, and the one we recommend you definitely stop at before your exciting jet boat ride!

There are also several scenic spots dotted along the bluffs high above this stretch of river. For those that don’t want to jump in a jet boat, witnessing the dam’s release is an awesome way to experience the excitement of this natural powerhouse (make sure you arrive a few minutes before the dam is due to open) while the kids take a spin. 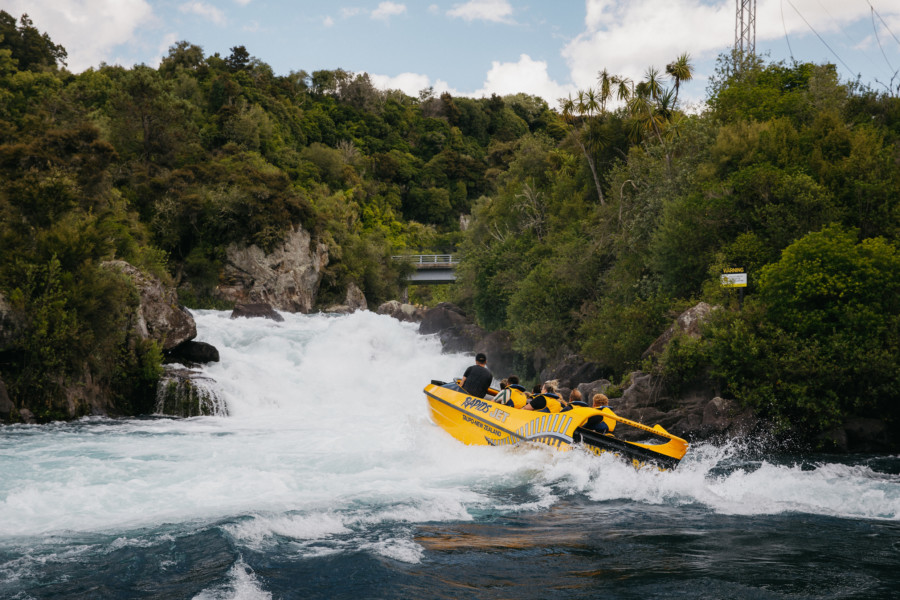 While we don’t ride on the Aratiatia Rapids themselves, we take you right up to see a segment of them before you power-surf the Nga Awa Purua Rapids!

Swimming is not permitted at the Rapids as the dam can release water at any time, without warning. During summer, the dam releases four times a day; and in winter it decreases to three – release times can be found here.

One of the North Island’s most impressive natural spectacles, the Aratiatia Dam opening, and the Aratiatia Rapids, are must-sees when you’re heading to Taupō. There are not many places where you can witness Mother Nature at her most jaw-dropping from such a close vantage point, and it’s an easy add-on to your Kiwi Taupō holiday.

This error message is only visible to WordPress admins
Error: There is no connected account for the user rapidsjet.

By using Rapids Jet, you accept our use of cookies.
OK